I’ve been quiet for a little while after my move to Uralla, New South Wales. I’ve settled down and been welcomed by the New England community. I was particularly happy to be invited by Rachel Parsons, director of the New England Regional Art Museum (NERAM), to facilitate their book club. I have some more thoughts about the value of book clubs, which I shared in The Conversation a while back. And to hold a book club alongside an art exhibition is particularly special as the conversation flows between text and artwork and back again.

Of course, it’s the people and the conversation that make up the actual book club discussion, but I was asked to share my questions for those who couldn’t attend, and I’m more than happy to do so.

The first book club ran in conjunction with the unveiling of NERAM’s Howard Hinton Collection. Hinton was an avid collector of Australian Art from the 1880s to the 1940s, and he gifted his collection to NERAM.

I selected Autumn Laing by Alex Miller (2011, Allen and Unwin) to discuss alongside this rich and broad exhibition. 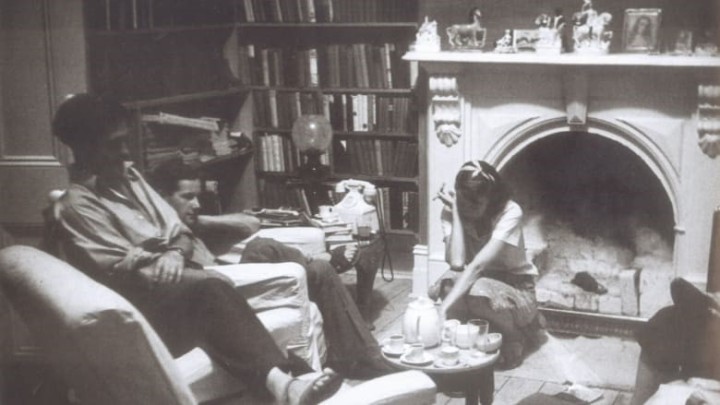 Autumn Laing is based on the life of John and Sunday Reed, and their relationship with Sidney Nolan, best known for his Ned Kelly paintings. In her essay on the novel in The Monthly, Janine Burke says that during the 1930s, Sunday Reed was ‘the chief engineer of an ambitious plan to invigorate Australian culture – to get it up off its knees where it snivelled before Mother England. Her plan to vivify European modernism here worked and, its proofs are in the careers of Sidney Nolan, Joy Hester and Charles Blackman.’

Author Alex Miller says he started out writing the novel based on Sidney Nolan, but Autumn’s voice took over. What might this suggest about the role of women in narratives about Australian art history?

One review describes the older Autumn as ‘A cranky, fiery woman of 85, Autumn is flatulent, impatient, and furious at the indignities and ravages that old age has wrought upon her.’ What was your reaction to Autumn? What does this say about our expectations of female narrators?

At other times, Autumn is depicted as remorseful for the harm she has done to Edith, Pat Donlon’s wife. She is also shown as damaged by her active sexual life as a young woman and in need of her husband’s companionship to keep her safe. Do you think this novel is a moral tale? Why or why not?

The novel is partly fictional memoir and partly based on real people. How do you think we as readers should understand these kinds of hybrid texts? Why do you think Miller choose to invent rather than write a history or biography?

Although Miller writes fiction, he shows Autumn writing her memoirs and includes a biographer, Adeli Heartstone. Why do you think this is?

What does the novel suggest about the nature of artists and those who are draw to the art world?